Ali Howaidi is a member of the Preparatory Committee of the International Campaign for Preserving Palestinian Identity which is launching next month. MEMO spoke to him over the telephone to ask him about Intimaa’s plans.Intimaa is preparing to launch its 2020 campaign. What are its goals?Intimaa is a popular campaign in a number of countries, especially in the five areas where the UN Relief and Works Agency for Palestine Refugees (UNRWA) operates: the occupied West Bank; the occupied and besieged Gaza Strip; Jordan, Syria and Lebanon. It is intended to help preserve and protect Palestinian identity, which is being targeted systematically and progressively by the Israeli occupation in different ways, such as changing the names of Palestinian cities, towns and villages from Arabic to Hebrew, and claiming that popular Palestinian foods are part of Israeli heritage, and so on. Over the past ten years, the campaign has become an important popular asset and developed credibility that has been strengthened by the participation of hundreds of institutions, associations and governmental and non-governmental organisations around the world. Do you think that the middle of the coronavirus pandemic is the right time to launch such a campaign? Do you expect people to respond to it?There is no doubt that there are major challenges in confronting the pandemic, but we all know what preventative measures have to be taken until such time as we are advised that it is safe to go out and about again. Important initiatives can utilise social media and online conferencing facilities. The campaign will use such means to hold its various programmes, allowing people to participate while still upholding social distancing guidance. UNRWA’s remote learning initiative has proven to be productive and received positive feedback. Likewise, our campaigns to have all of the Palestinian prisoners held in Israeli occupation prisons released have also been well received. Self-isolation is a good opportunity to encourage Palestinian families to interact with the campaign by taking part in the activities that take into account the current extraordinary circumstances.

What is the nature of the partnership between Intimaa and the Popular Conference of Palestinians Abroad, and what are the reasons for such a partnership?The Popular Conference of Palestinians Abroad is taking the lead to revitalise the role of Palestinians in the diaspora and strengthen their participation in decision making, which has been marginalised ever since the signing of the Oslo Accords in 1993. The organisation also wants to protect, preserve and encourage Palestinian identity. As a result, its objectives overlap with ours, and we try to unify our efforts around the world. In particular, this can be seen in our engagement with the media; the Popular Conference is dynamic in this respect and can reach a large swathe of the Palestinian diaspora. Furthermore, we can benefit from the experience and skills of the members of the General Secretariat and General Assembly of the Conference, especially in terms of writing articles and giving lectures, virtual seminars and other events. For all these reasons, Intimaa and the Conference will initiate a joint plan, and also coordinate with the Palestinian Women Abroad as a part of the Popular Conference and the youth sector to address the widest possible range of Palestinian society.When do you expect the campaign to be launched this year?The campaign is usually launched on 1 May every year to coincide with the commemoration of the 1948 Nakba (Calamity) of the founding of the occupation state in our land. Although it has previously been launched on the border zone between Lebanon and occupied Palestine, in the Maroun Al-Ras area, the current circumstances mean that it will be different this year. Nevertheless, it is still intended to launch on 1 May on a number of social media platforms. When the campaign’s media committee member Mohamed Al-Madhoun joined the conversation, MEMO asked him what the main challenges facing the campaign are, and if he expects a significant response on social media given the overwhelming news about the pandemic, as well as the censorship of pro-Palestinian content on major social media platforms like Facebook.The Intimaa campaign is expected to face many media challenges, relying as it does on social media, especially regarding educational materials and the “changing profile pictures” aspect of the campaign. The main challenge, though, is Facebook, whose censorship of Palestinian content has been unprecedented this year, with hundreds of pages and thousands of posts removed. Facebook uses keywords to identify posts that support Palestinian rights and Palestinian resistance and commemorate the memory of martyrs; it then blocks the user or suspends their account. The second challenge is the coronavirus outbreak, which has affected the whole world and is dominating all sections of the media. It would be a great challenge for any civil society group to launch a media campaign and reach its targeted audience at this particular time, but we can take advantage of self-isolation to invite Palestinians to participate by displaying the Palestinian flag at home and wearing traditional costume, for example, while introducing children to our history and land, and strengthening the concept of our legitimate right of return. 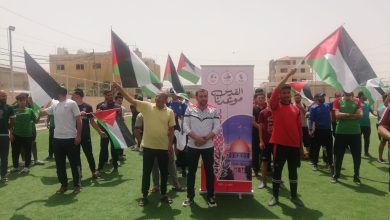 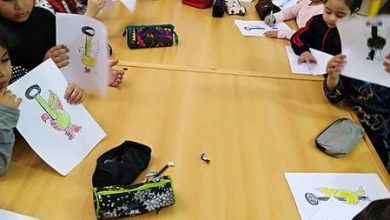 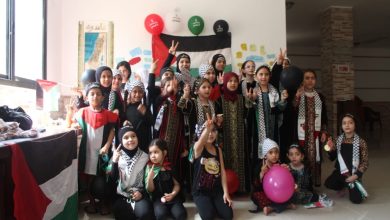 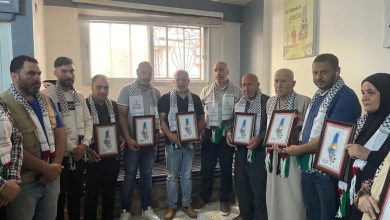